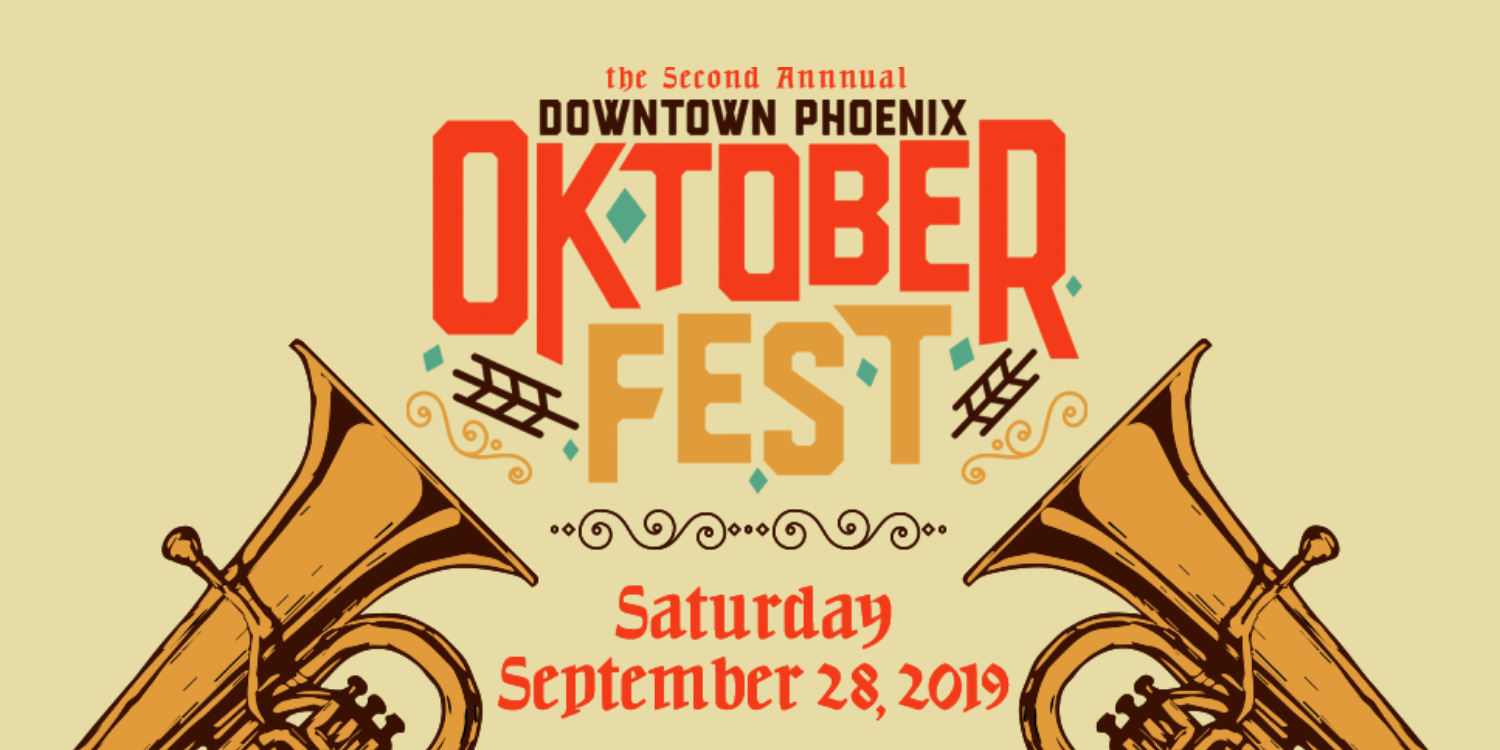 PHOENIX – Prost! It’s time to raise your stein because HDE Agency is excited to announce the return of Downtown Phoenix Oktoberfest. This is the second year for the 21+ event that will be held in Civic Space Park located at 424 N. Central Ave. in Phoenix on Saturday, Sept. 28, from 3 to 9 p.m. This year, the event will feature plenty of beer and traditional German food such as bratwurst, weisswurst, currywurst, soft pretzels, schnitzel, spatzel and sauerkraut. The Downtown Phoenix Oktoberfest brings authentic fare from local restaurants and food purveyors including Eur Haus food truck, Brat Haus, Copper Blues and Hooters.

“The Downtown Phoenix Oktoberfest is a chance for everyone to be German for the day,” said owner of HDE Agency, Landon Evans. “Oktoberfest is a long-running tradition in Germany and we love bringing it to Cityscape providing an authentic experience, live entertainment and plenty of fun.”

This year’s event will feature live music from Funkhaus Brass Band, Arizona’s new high energy New Orleans style band. A partnership with Huss Brewing will ensure local liquid gold will be flowing plus eight German beers will be on tap including Paulaner Oktoberfest Wiesn, the most popular beer served at the German Oktoberfest and Hofbrau Lager. Additionally, servers from Hooters will be on site serving up food and drinks to guests and they will host a championship stein holding contest and a Beer Maid contest. A brat eating contest will test attendee’s enthusiasm for sausages. Corn hole, Jenga, Ladder Ball and more will also provide entertainment for festival goers.
A portion of the proceeds from the event will benefit ICM Food & Clothing Bank. Started in 1983 ICM has been supporting working poor families with basic human needs including food, clothing, toiletries, diapers, and more. The nonprofit is fueled by the support of the community and volunteers. Learn more at www.icmaz.org.

Single tickets to the event are $10 online and $15 day of. Get a 50% discount with group admission rates which include four tickets at $30 and are available online during presale. Admission includes access to the festival grounds, entertainment, games and contests. Food and beverages are sold separately. Purchase tickets at https://www.dtphxoktoberfest.com/