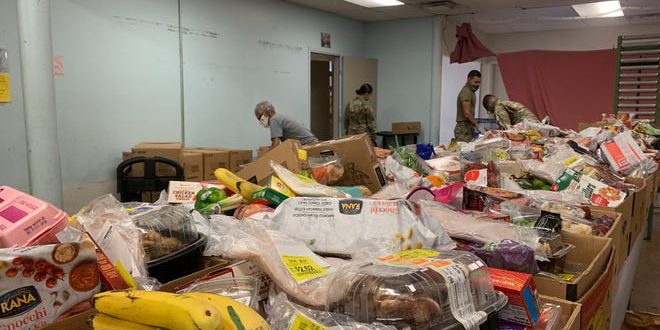 Arizona Republic’s staffer Karina Bland featured Nourish Phoenix in her article on October 23rd. This article first appeared at azcentral.com and is included here for your reference.

The fundraiser, a breakfast in the ballroom at St. Francis Xavier Catholic Church in Phoenix with a few hundred donors, would have been a first for the Interfaith Cooperative Ministry Food and Clothing Bank. The plan was to announce the agency’s new name, Nourish Phoenix. Then COVID-19 happened. Executive Director Beth Fiorenza took the fundraiser online, like many nonprofit groups.

The agency provides food, clothing, employment assistance and help applying for benefits to low-income families and seniors, as many as 1,000 people a day. It runs on donations.Since April, the agency has received more requests for help as people were furloughed or lost their jobs. Fiorenza had to do it safely. “As a first responder for basic needs, we knew we had to be there for the community,” she said, particularly with kids out of school, where they’d usually eat breakfast and lunch.

She considered curbside pick-up. Most of her customers walk, bike or take the bus to Ninth Avenue and Grant Street, hauling food in suitcases and wagons. Fiorenza gave the program more space, so people wearing masks could stay apart, and hired a driver to deliver food to seniors. The clothing bank and job assistance is by appointment only. Instead of community volunteers, the seven st

“When I see them, I see me,” said volunteer Delbert Vega. As a kid, his mom had brought home food boxes. He hadn’t understood where the food came from, only that they could eat. Rose Hernandez works but can’t afford enough food for her two children. The family also has received school uniforms, backpacks and household items. “We’re happy now,” her son Angel said. So many people, 869, double the site’s monthly views, logged on for the fundraiser that it overwhelmed the website. Another 102 watched later. By day’s end, the agency had raised $60,000.